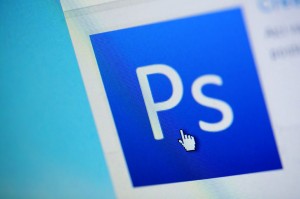 Layer styles are some of the first stylistic tools a designer encounters when they are learning to use Photoshop.

They were created by Adobe as a way to add effects to layers without having to manually create them. Layer Styles are also non-destructive, meaning they can be added, edited, or removed without altering the original content of the layer they are applied to.

Photoshop comes preloaded with a variety of Layer Styles, none of which should be used for anything more than your own experiments as you learn your way around them. Not much screams “amateur” louder than using the default presets for anything and this is especially true of Layer Styles.

Layer Styles are essentially shorthand for things that many designers create daily. Within each style are multiple ways to modify its effect, enabling designers to take basic stock presets and create new and different effects each time, save their favorite effects for later, and even share an effect across multiple layers.

While there is certainly more control to be found in manually creating and arranging styles and effects as their own layers, if you need something simple, easy to edit, and easy to duplicate and apply elsewhere, you’ll find that Layer Styles are a good fit.

When used correctly and handled carefully, Layer Styles can enhance any design and set it apart from the rest.

A lot of designers and professionals will knock Layer Styles, looking down their noses at them as something bad that should be avoided.

Often, in the joyful abandon of creation, a line is crossed. It is the same line that took Comic Sans from beloved system font to a pariah of typography. Overuse can easily take something useful and give it a nasty reputation. Case in point: the infamous drop shadow. I can’t think of the number of times I’ve seen a garish drop shadow and had to look away, and I’m in favor of Layer Style use!

In the end, it’s all about moderation.

Providing you’re not obnoxious about it, you can even use multiple Layer Styles on the same layer. The trick would be to make them subtle and as “natural” as possible.

When I took my first Photoshop class in college, I had already been experimenting in Photoshop for about a year, and I was genuinely surprised at all of the things I “knew” that my instructor didn’t seem to understand. She piled on the Layer Styles and Adjustment Layers, and scrolled through every Blend Mode available until she had created something that could only politely be described as unique. I quickly realized that there were simply some things that one didn’t do… and one of those was the misuse and abuse Layer Styles.

Since then I’ve gone through alternating periods of loving and hating Layer Styles. There’s just something about them that inspires different feelings in me, and I know other designers feel the same way.

If you’re interested in learning more about Layer Styles, and then trying your hand at creating some pretty awesome effects with them, check out the following articles and tutorials:

Readers, what’s your take? Do you use Layer Styles?