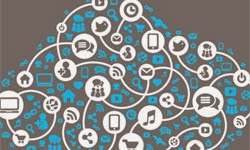 Not too long ago, getting your company on the internet simply meant you bought your own url, built a site and had a sort of online brochure for customers to look at if they wanted new information. And yeah, some people hired SEO guys to work their “magic” and get their sites ranked high in Google in hopes of being found, but that was about it.

But here we are about to enter 2014, and suddenly being active online is a bit—no a lot—more complicated. Unless you’ve been living under a rock, there’s this thing called “social media” that your business has to use if it wants to compete in the online world. No, it’s not difficult to use, in and of itself. Anyone can go make a Facebook page for their company, open a Twitter account and start using YouTube. In fact, you’ve probably done all those things. You registered for Pinterest, Google Plus, Vine and every other thing you could think of. Your business has now jumped headfirst into the social media.

And quite frankly, no one cares.

OK, it sounds harsh, but we’ve all been there. You send out tweets and get no replies and no retweets. You beg your friends to like your Facebook page and you’re up to 10. And no one, and I mean no one, has pinned a damn thing of yours on Pinterest. You’re spending an absurd amount of time trying to use all these social media tools to grow your business, yet it seems like you’re getting no place fast. Are you just wasting your time? 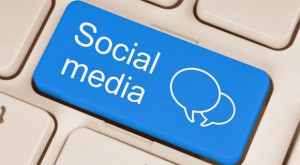 Perhaps you are. In fact, you probably are. In fact, most customers (or potential customers) probably barely know your accounts exist, and even if they do, they’re ignoring them. Here are some potential reasons why:

• There are so many different social media sites out there, it’s hard to know which to get involved with and which to leave alone.

• It’s not like you’re the only company out there looking to engage with social media. It’s a big body of water with way too many fish.

• It takes consistency over a long period of time. Nothing happens fast with social media, unless you happen to go viral (which isn’t as easy or scientific as people like to think).

• They aren’t interested in your marketing speak. They aren’t using social media to listen to your ads, so your tweets and posts on your timelines just annoy them.

So How Can You Make Social Media Work for You?

Regardless of why your social media endeavors aren’t working, the truth is that they can. You can’t just say, “What a waste of time!” and wash your hands of the whole thing. Well, you could, but that wouldn’t be a very smart move. The world is going more and more digital, and that trend isn’t reversing any time soon. So what can you do to get people to care about what you’re doing on Web 2.0?

1. Choose one to start with – Don’t go out and start a Twitter, Facebook, Instagram, Vine, Google Plus, YouTube, and Pinterest account all at once. There is no way you can keep up with all of them at once. What will end up happening is you’ll spread yourself too thin, putting a watered down effort into each. There’s no way you can do all of them right at the same time. Instead, pick one platform and go all in. When business starts to pick up, you can consider venturing into a second platform. How do you decide which one?

2. Take a look at your target market – Your clientele should dictate which platform you go with first. Do a little research—what is your target market using most? Not sure where to begin? Check out this infographic to help you figure it out.

3. Market your marketing – Once you decide on a social media platform and begin using it, make sure people know about it. Make sure it’s visible on all your print advertisings. Put it in your email signature. Plaster it everywhere. In fact, you may even consider doing some sort of print marketing campaign to get people into your social media account. For example, you could put together a postcard asking customers to follow you on Twitter, print it through one of those online printing companies really cheap, and mail it out.

4. Be consistent – Social media takes time and consistency. You can’t be all excited at first and then taper off in a few months. Your account needs to be a staple. Users need to expect your updates and look forward to them. Once they stop coming, they’ll forget all about you.

5. Make sure you offer quality – There’s nothing worse than a social media account that brings nothing to the table. There’s no faster way to get ignored, blocked, or deleted. Make sure that every single thing you post online is useful to your niche in some way.

Are you using social media? Does anyone care? Tell us your story in the replies!

Tom Chu Tom Chu is the SEO Manager at PsPrint, which is an online printing company specializing in brochure and poster printing As well as other similar services. Follow PsPrintonTwitter and Facebook to learn more.