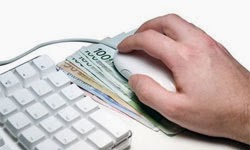 Can a small website make you filthy rich overnight? As you probably already knew, the answer to that question is no. While the Internet has minted plenty of millionaires and even billionaires, those people are associated with massive websites that generally took years of nonstop work to reach the point of being successful. And even though the media often likes to frame tech stories in a way that makes popular sites sound like an instant hit, the reality is there was almost always a lot of hard work behind those sites before they suddenly hit a moment of being an “overnight success.”

Now, if you’ve thought about building a website in the hopes of making money, don’t let the opening paragraph deter you. My main objective with that information was simply to put your expectations on the right track. While a small site isn’t going to suddenly send millions of dollars into your bank account, as countless blog posts like this one explain, it’s definitely possible to build a small site that generates hundreds or even thousands of dollars in revenue a month.

So if you’re like most of us and can think of multiple ways that even an extra couple hundred dollars a month could benefit your personal finances, let’s jump right into how to build a site that is capable of generating revenue:

Turn Your Idea Into an Actual Site

Even though the availability of really intuitive platforms means it’s easier than ever to build a website, this is the step that prevents a lot of people from ever even getting the ball rolling. The main reason is because they overcomplicated their idea. Instead of starting small and gradually building from there, they think their site has to be perfect from Day One. Not only is that simply not a requirement for a successful site, but as you’ll learn in the fourth step of this process, once you start collecting data, you’ll realize there’s always going to be something you can improve about your site.

So instead of coming up with imaginary barriers that prevent your site from becoming a reality, figure out the simplest version of it that you can build. Then from there, all you’ll need is a domain name, a shared hosting plan that costs less than $10 a month and WordPress. While WordPress is far from being the only platform for building a site, there are two big reasons to use it. First, because it’s so popular, you’ll be able to find all the tutorials and support you need during the process of building your site. Second, as a result of the way it’s designed, you can find plugins to extend its capabilities to offer just about any feature you can think of.

Once you have your site up and running, it makes sense to go ahead and add your initial monetization channels to it. Even though it doesn’t pay as much as other options, the reason so many people use AdSense is because they think it’s the easiest option that’s available. While it is easy to set up, if you’re using WordPress, the BuildYourWidget.com plugin makes it just as easy to showcase products so you can enjoy the very attractive commissions that affiliate marketing programs pay.

Since you need visitors to your website in order for it to make money, as long as you’re not engaging in any tactics that could be considered spammy, you should definitely promote your site as often as possible. Because you’re using WordPress, your site should already have a blog. So the best way to begin promoting it is by writing blog posts and then promoting them through social media. If you’re consistent, you’ll not only find that your social media presence and the subsequent results you drive continue increasing, but also that other promotional opportunities like guest blogging open up to you. 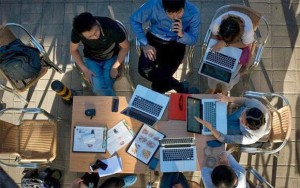 While an established site can literally generate revenue as you’re sleeping, that doesn’t mean you should ignore your site. On the contrary, you’ll greatly benefit from regularly analyzing the stats a program like Google Analytics collects for you and then finding new ways to make your site even better. By slowly but surely improving your site, you will be able to continue increasing traffic and the amount of revenue it generates.

As you can see, earning money from a website does take work. But as long as you’re willing to put in that work, you should be very happy with the ROI you get from building and continuing to improve your site!

Jay Bats designed and created Build Your Widget throughout 2012 and 2013. http://buildyourwidget.com/ lets you build really cool widgets for use in eCommerce and affiliate marketing on your website. Feel free to follow Jay on Google+ to learn more.