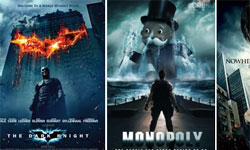 Posters…what are posters? Have a look on Google for posters & you get a variety of posters…graphical, textual, informative, political etc. It takes us to new world of creative colors, sketches and texts. Actually to say, they are just a piece of paper with some visuals or graphic design & some writings. But they serve a significant purpose, for advertising; for information; sometimes just for eye catching… Let’s have a look at what they have to say about themselves!

To make your own poster online, get the website that you wish to use to make your own poster such as the do it yourself service. A poster is any printed or hand painted paper visualized to be attached to a wall or surface. Typically posters include both textual and graphic elements. But purpose wise, poster can be wholly textual or graphical too. Posters are designed to be both eye-catching and informative. Posters may be used for many purposes. They are a frequent tool of advertisers (particularly of events, musicians and films), propagandists, protesters and other groups trying to communicate a message. Posters are also used for reproductions of artwork, particularly famous works, and are generally low-cost compared to original artwork. But whatever be the uses of posters, the main purpose of poster has always been advertising. And as a marketing tool, they get vast audience & work as the best. Now that we are introduced to posters, let’s know some interesting things about posters!!! 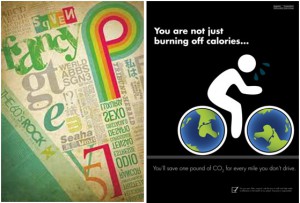 The history of posters goes back to year 1870. It has been used as medium for eye catching when there were no electronic media. Posters, in the form of placards and posted bills, have been used since earliest times, primarily for advertising and announcements. Purely textual posters have a long history since in ancient time it was significant medium for announcements from Kings & Queens. However, posters saw a breaking dawn only after Printing Technology is invented. The invention of printing allowed the cheap mass production. By the end of the 19th century, in Europe, poster art had widespread usage in world, advertising almost everything.

In the United States, posters did not evolve to the same artistic level. American posters were primarily directed towards basic commercial needs to deliver a written message. However, the advent of the traveling circus brought colorful posters to tell citizens that a carnival was coming to town. But these too were very commercially utilitarian, of average quality, and few saw any real artistic creativity.

Now let’s have a look at types of posters:

Many posters, particularly early posters, were used for advertising products. Posters continue to be used for this purpose, with posters advertising films, music (both concerts and recorded albums), comic books, and travel destinations being particularly notable examples.

The main use of posters has always been in politics, & of course why not? It’s an effective means for promoting the political party. They influence a lot on public i.e., as mass communication. 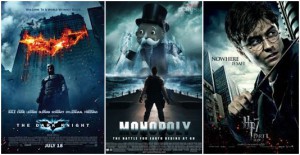 This should be the second most famous category of posters in world. The film industry, from the first only, quickly discovered that vibrantly colored posters were an easy way to sell their pictures. Considering the craze of entertainment industry, the posters works as a most influential media for promoting a movie or TV show with posters. Today, posters are produced for most major films, and the collecting of movie posters has become a major hobby.

In the early days of steam railways in Britain, the various rail companies advertised their routes and services on simple printed sheets. By the 1850s, with increasing competition and improvements in printing technology, pictorial designs were being incorporated in their advertising posters. Nowadays too, we see various posters giving information about railway routes & railway schemes.

Many concerts, particularly rock concerts, have custom-designed posters that are used for advertisement of the event. These often become collector’s items as well. 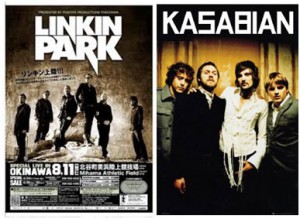 Posters that showcase a person’s favorite artist or music group are popular in teenagers’ bedrooms, as well as in college dorm rooms and apartments. Many posters have pictures of popular rock bands and artists.

Backlight posters are designed to have a special effect under a backlight (ultraviolet light).

This refers to decorative posters that are meant to be motivational and inspirational. One popular series has a black background, a scene from nature, and a word such as “Leadership” or “Opportunity.” Another version (usually framed and matted) uses a two-image hologram which changes as the viewer walks past.

So this was the wonderful world of posters!!! It has come a very long way with its colorful designs, creative texts & shining papers.