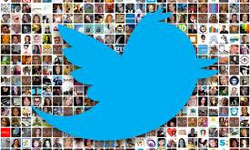 Twitter is a unique social media platform, particularly because you can follow anyone you choose, and you don’t need to send a request. Other sites, like Facebook, have privacy settings allowing users to dictate the amount of information that is visible to the public. Even if someone has a Facebook profile that is completely public, you still have to send them a friend request, which they can either accept or refuse. Facebook also allows users to block certain people from viewing their information if they choose to do so.

Twitter, on the other hand, is quite different. Your profile is visible to anyone with Internet access, whether they have an Twitter account or not, and you have no control over who can follow you. Anyone who visits your page can view your tweets, photos, and all other forms of personal information you post about your daily life. This is where things get tricky and potentially dangerous because the Internet sets the perfect digital stage for scammers, creeps, and stalkers to operate, especially on social media sites like Twitter.

On the Internet, people are more inclined to lose sight of their behavior and how it may be perceived. They’re hiding behind the safety of their own computer screen, so they’re confident that no one will know what they’re really doing, or who they really are. If you have a Twitter account, some of your followers could be super sketchy, or the account might not even belong to a real person.

Luckily, the situation is not hopeless, and if you think you’ve got some sketchy followers, there are a few ways you can find out if your suspicions are warranted. Check out the following list for five ways to spot a super sketchy Twitter follower.

Look at your follower’s page to see how much they actually interact with other accounts. The whole point of Twitter is to interact with others, 140 characters at a time. You post short blurbs about what you’re doing, or where you are, or how you feel about a certain topic. Other people interact with you by replying, retweeting, or mentioning your Twitter handle in their own posts. If your follower in question has zero interaction on their page then you can assume that they’re either super sketchy, or they’re not a real person.

If your follower does have sufficient activity, then poke around to see what type of activity that is. Just like other sites, Twitter users can tag others in their posts, but random and excessive tagging is a red flag that points directly to one thing — spam!

Any account with no profile picture should be considered sketchy, especially on Twitter when the default photo is that weird little egg-shaped image. Such an odd default makes it painfully obvious when people don’t have a picture, and you must ask yourself, why would anyone join social media sites and then forgo the option to choose a profile picture. Either they’re hiding their identity, or they’re just odd, neither of which are qualities you want in a follower.

In the Twittersphere, your handle is whatever comes after the ‘@’ symbol, and users can choose any handle they want. People usually choose their name, especially celebrities, like @WillFerrell. News outlets like @nytimes choose handles that represent their brand and make their accounts more identifiable among Twitter users. So, if your follower has some strange, outlandish handle, then it may be a sign that the account owner is sketchy.

Anyone who is legitimate and active on Twitter will have at least a few followers. So, if you look at the account that raised your suspicions and realize they have no followers, then consider it a red flag. It’s even worse if they are following thousands of accounts and not one of them is following back. That’s a sign that they’re just creeping around on Twitter doing who knows what, and they’re clearly not using the site for social interaction, which is the main point of creating a social media account in the first place.

These tips will help you identify any potential creeps that could be lurking on your Twitter account. There have been many incidents of actual Twitter stalkers, so don’t feel paranoid. It’s always a good idea to know exactly who is following you, because they’re essentially following your daily life.

Ashley Welter is a San Diego blogger who specializes in writing about the dangers of limited privacy on social media. Check out her Google+ page to read more of her work.