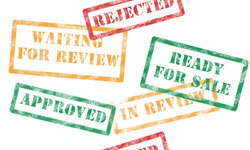 The difference between an Android app development company and its colleagues from the iOS platform has more solid grounds than just coding for different platforms and creating apps for various portable devices. There’s something deeper and more serious than a lightweight interest can reveal.


Mother Care from Apple vs. “Let Loose” Attitude by Android

Apple is said to take care of its developers providing them with all the necessary things: SDK, professional trainings and webinars, useful tips, thorough guidance and, of course, financial incentives in the form of a certain percentage received from every download of the created app. Of course, there is some fly in the ointment: multiple do’s and don’ts seem to frustrate freedom-loving developers, who are not especially fond of being told what and especially how to develop things. Android way of life is much more independent: no restrictions, no limitations and no control. The open source code provides the desired degree of independence and creative freedom many developers strive for. One of the main advantages of the Android society is a powerful source of the developer innovation created by ardent hobbyists, who spend nights developing new apps or upgrading the existing ones just out of sheer love for developing. At the same time it poses one of the main problems that Android developers face nowadays.

However hard Apple is scolded about the proven position, however mercilessly it is blamed for despotism and strict control, one must agree that iOS developers rarely come across the issue that Android development society is facing now – kanging. Kanging is just taking the code created by some developer, copying it, slightly modifying and claiming contribution for the app. Android software (and Linux kernel it’s based on) is distributed under the General Public License, which means it should be available to everyone. In fact, to copy a source code is quite a natural idea, which easily comes to mind. It is quite difficult and sometimes even impossible to draw that line between desperate and praiseworthy desire to improve someone’s apps and audacious attempts to copycat and charge for that.

Other Side of “Android Freedom” Coin

Leaving aside the moral side of kanging there is another thing, which should be paid attention to, i.e. kanging deprives actual app creators of the financial gains they could have received: a thing which is really impossible for the iOS development process. Besides, it is about to set a threatening trend: there appear certain Android projects which are closed-source entirely or just partially. So far, they seem to be just rare exceptions, but the situation may change in just near future and financial considerations may win over abstract rush for ultimate freedom.

Android community now seems to be a victim of its own breathtaking success. Started as a hobby project of ardent geeks to improve their phones performance, Android development turned into something which allows to make good money and that inevitably causes spats and quarrels between former fellow-thinkers, who are free of any restrictions and are limited just by good conscience which is a rather doubtful deterrent at times.

Is It Still an Issue to Discuss When Made to Measure?

Obviously, it is not such a problem, when you develop a bespoke mobile app that is not supposed to be submitted to a store and is aimed to be employed in-house as a solution for specific enterprise and corporate needs. In this case there are some other factors and rationales that go to the forefront (with traction among end corporate users, available resources and other points to bear in mind). As you see, the things are not just black and white, and everything just turns around the ultimate purpose.

Oxagile is a technology enthusiast, professional web application development company with in-depth expertise in such key technologies as Java, PHP, .NET and a dedicated mobile app developer with profound knowledge of iOS, Android, Windows Phone and BlackBerry development tools. We are curious about our niche and happy to share the information with others.