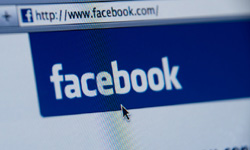 According to Techcrunch’s sources, a full web-based email client integrated with biggest social network “Facebook” will be debut on Monday (Nov 15). This is why it may become an ultimate choice for webmail service. Facebook Mail (Project Titan) could be a eliminator for other email services like Gmail, yahoo not only because of its potential robust base, but because of its natural advantage at making mail more useful.

Facebook already has world’s most popular photos product, the most popular events product, and soon will have a very popular local deals product as well. And this new product will be an addictive. That’s the very important thing for Facebook users and everyone else. This new web mail service may become the only 100% useful mail service out there, only showing you the emails you are actually interested in. And for many people if it has a right user interface, that’s could be a sufficient reason to switch from Gmail.

As a most popular social networking site, Facebook has 500 million active users wherever Gmail is estimated at 170 million registered users, while Yahoo has 303 million and Hotmail is still king of the hill at 364 million. Obliviously, not every Facebook user will jump on its mail service, but chances are that a huge percentage of them will. And as a beginner it’s going to set a world records. 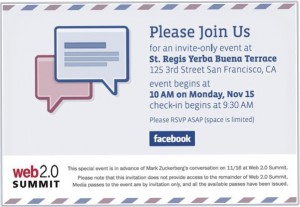 The fact is that it may be just too convenient to overlook. Facebook users are already used to its internal messaging system – Facebook messaging. For many geeks, this will be a pleasant upgrade that will let them add these messages to their mail boxes easily and more sophisticated way. Remember that Facebook’s mail (Project Titan) is supposed to have external mail client access as well as its dedicated web-mail interface. It will be trouble-free to have it in every single gadget you own.

If Facebook can offer a mail system that will let the controlled entry of external people while keeping the playground fun, clean, and safe, it will be a winner. So keep your eye on it.