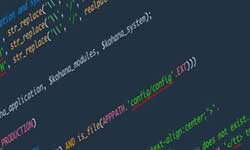 There are numerous ways for coding with hundreds of methods to obtain certain functionality. However, a programmer has many habits that he should not for functionality of what he is trying to achieve. He can write better productive code to get a final product, if he improves his style of writing code. Furthermore, we have discussed 10 tips for improving and writing a better code.

All we have our separate approach of coding such as double-spacing, tabbing, etc. However, many developers fail to maintain their development style fluent in entire project, especially when adapting new styles within one project. It is far better to code using one development approach instead of several. This will also help you to maintain your code clear and well-structured. If there is necessity to use something different within your development approach, then do not use it on a project that uses a different style.  Implement new development approach on new project. This all will keep your project clean, simple and organized. 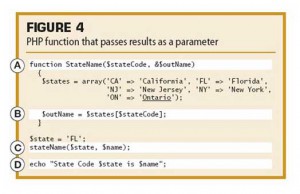 Remarking or commenting code makes it readable and clear. Keep comment strict to the point without describing what everything is, while remarking certain action, function or part of code. This will build a more readable and clear code for you.

Do Most of the Project Manually

Copy and paste code from one project to another or from code that we may find helpful on web, is the process we like to do most of time. But we are unaware of fact that, this will make us unfamiliar with our project. Hence, copy and paste is fine, but you should do most of the project work to freshen your memory.

Sometimes we might be doing something new and do not know what is the best way to implement it. Then look around for the people who created similar to that. This is great idea that will definitely help you to obtain a general overview of which development approach is better for you.

Understand the Limitations of Programming Language

Sometimes we attempt to accomplish a thing from language was not designed for or is not capable for such dataflow. This is not a good idea, as your code may not work effectively. Hence, it is best to understand the borders of language and to work within them.

We are not alone who know how to develop a code properly. There are many out there in real world that are better than us. It is a very good idea to receive a second opinion on your code in terms of structure, as some response, comment. This can play a imperative role to enhance your performance of coding.

The major problem of many developers is that they often think that their code will work fine and decide not to test certain phase of that code. And in the end, they realize that there are numerous bugs and they may not clear instantly. Therefore, always remember that for building a bug-free code always tests your code as long as you can.

Test every aspect of your code or script for bugs as long as you can to prove that code is bug-free in long run.

Building Your Own Code

Don’t Split All of Code into Files

Splitting your code into several files is in fact; make your scripts or projects organized instead of having everything all in one file. However, do not split everything into files. This affects performance of code. Create a single function file having all factions rather than splitting individual functions into individual files.

Always remember that, doing something beneficial is appreciated, but not doing it well or overusing it can affect performance or productivity of code. Thus, use our judgment, and use technique/method responsibly while coding.